PhotoEast, Suffolk’s first festival of photography was launched this week in Ipswich and can claim to be a major success, even within its first few days of existence. The half-mile walk along Ipswich’s waterfront from DanceEast to Cult Cafe brings dramatic images from around the world to this small Suffolk town. Local history and Ipswich life are presented alongside contemporary photography as part of the fabric of the waterside architecture. There is even a projection room inside a shipping container at the far end of the marina.

Further to the monumental quayside exhibitions, two poignant projects looking at ageing and the family by Zed Nelson and Julian Germain are displayed in UCS’s Waterfront Gallery. Alongside these keynote exhibitions, the BA (Hons) Photography degree show in the UCS Waterfront Building lobby showcases the next generation of photographers emerging from the region; while a PhotoEast Young Person’s Fellowship exhibition of local school and college students’ work is on display in the nearby Arts Building. 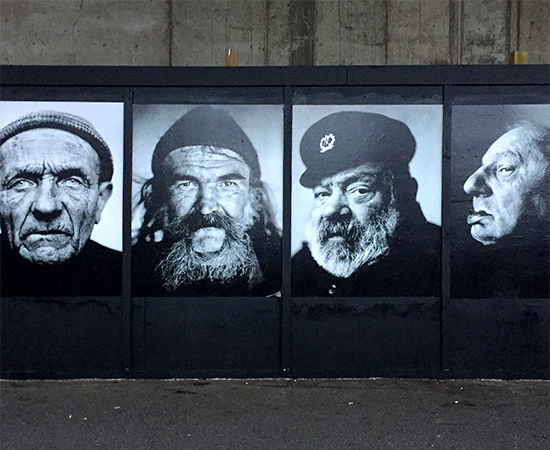 While walking around the quayside several times this week it has been hard not to notice a buzz in the air that this very public exhibition has brought to the town. Listening in to the conversations of teenage skateboarders making their way home from the local skatepark as they discuss the images is as fascinating as the work itself. And you can watch the drama of some of the photographs stopping people in their tracks in order to contemplate and comprehend what they are looking at.

Accompanying the exhibition is a one-day series of talks. This morning the Picture Editor of The Guardian, Fiona Shields, speaks about the challenging job of choosing the right image to illustrate a news story from some of the 25,000 pictures she looks at everyday! In the afternoon George Georgia discusses his commissioned project of photographing Ipswich from the top deck of a bus. In-between these there is a programme of talks from Mark Edwards, the Course Leader for the Photography degree course at UCS Ipswich; social documentary photographer Julian Germain discusses his work in the Waterfront Gallery; and curator Katie Barron is in discussion with Chloe Dewe-Mathews about her WW1 tribute Shot At Dawn. The scale and breadth of this festival, both aesthetically and cerebrally, is truly impressive. 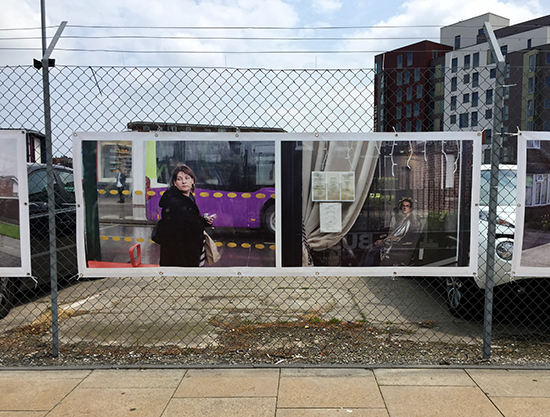 The festival continues in Halesworth and various other venues along the A12 towards Lowestoft. These include an exhibition of Rodchenko’s photographs in a garden nursery at Darsham, and People and Their Dogs at The Cut in Halesworth. PhotoEast organisers are hoping to host exhibitions in more towns throughout the region as the festival develops over time. 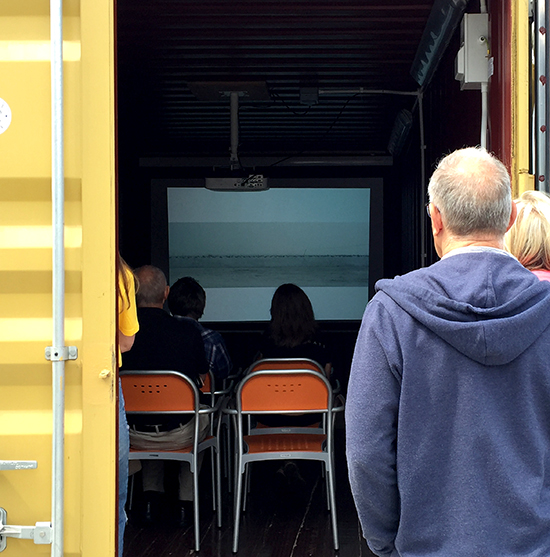 In considering what has made this festival so successful there are three key ingredients which need to be taken into account. Firstly, the calibre of the work on show is extremely high—a parochial exhibition of sunsets this is not! Secondly, the presentation is what you would expect from any metropolitan gallery or major arts event. Thirdly, the festival branding brings all the disparate exhibitions together within a cohesive graphic unity. If any one of these parts was not as fully considered as they have been the sum total would have suffered as a result. But PhotoEast is evidence of just how to put on a culturally exciting and vibrant arts event in a small town that engages local audiences well beyond their geographical boundaries.

Congratulations to the organisers for their vision, to all those involved at UCS, and to all the sponsors and supporters for helping to make this happen. PhotoEast 2016 continues until 25 June across various venues in the region. Check out the PhotoEast website for more details.