After fog stopped two previous attempts at more walks for my Graphic Commons project, I finally managed to get out again today. Thankfully, despite weather reports of fog in this region, Ipswich seemed to be unaffected.

The project has moved on somewhat since I did the Easternmost onshore drift walk, as I have now categorised many of my photographs from my previous dérives. As Graphic Commons develops, it has turned into themed observations of different categories I have identified within graphic design, with each forming the focus for separate chapters in a bigger book I am planning; the overarching context being how graphic design inserts itself into our everyday shared environments.

Today’s walk was primarily in search of convenience stores on the peripheries of Ipswich town centre as I’ve become interested in vinyl graphics and the product shots that adorn these ‘little and often’ shops’ windows, and how these crude and often very similar graphics affect the ambience of a location. As with my previous posts about these drifts, I’m logging some of these photographs here as a record of the walk rather than as any finished outcome.

The walk itself took place on the opposite side of Ipswich’s town centre to my previous peripheral visions walk, and as a result, threw up some interesting finds, particularly as it included a more culturally diverse area of the town. 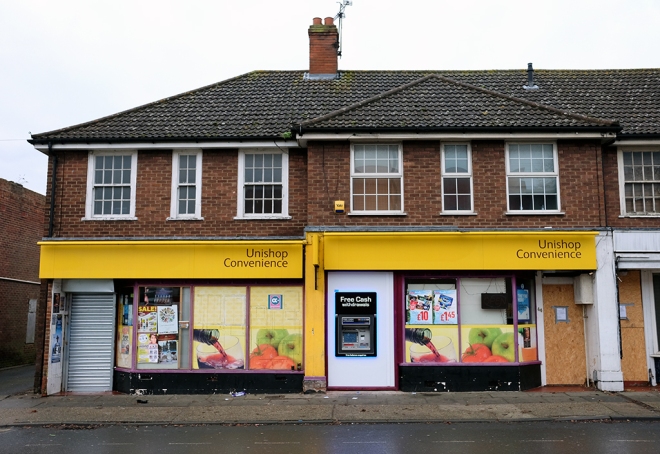 These observations of convenience stores for Graphic Commons has turned into a bit of a typological study, but despite this, before I set out I resolved not to just photograph convenience stores, as it would be a waste of time to ignore other things that caught my attention. Other photographs taken may well feature in future iterations of my research writing, (indeed, some are already aligned to things I’ve already photographed on my previous walks and categorised as part of my research). 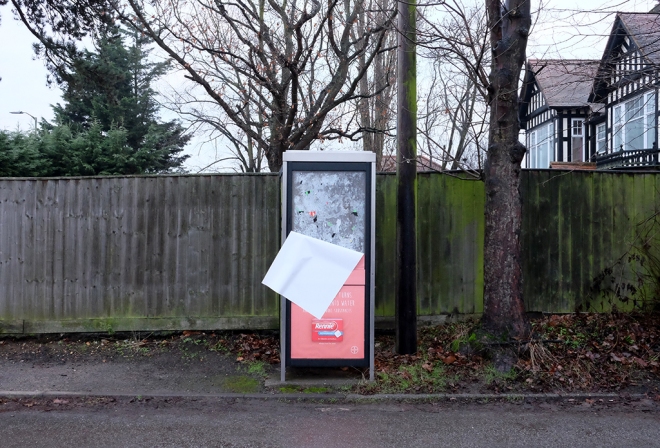 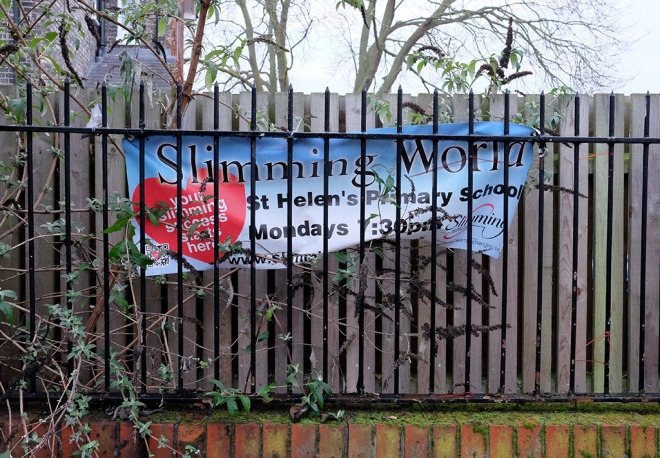 And in the closing stages of the walk, I even photographed some McJunk, for old times sake. 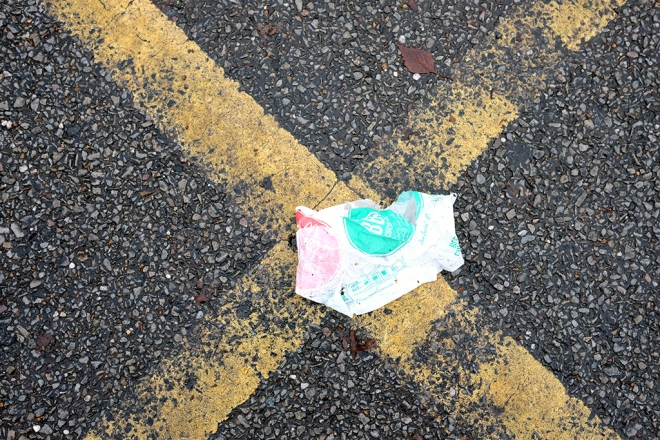 One thought on “Graphic commons: dérive of convenience”