I recently wrote a review about the design and illustration of Chris Packham’s A People’s Manifesto for Wildlife and I’m honoured that Eye magazine have published it on their blog. You can read the review here.

Harry Woodgate‘s illustrations for the manifesto are stunning. Thanks to Harry, and to Chris, for allowing Eye to use his work.

While exhibiting protest graphics in a show titled Hope To Nope, London’s Design Museum decided to host an arms industry fundraising event in their Kensington premises. Many of the exhibitors were so angry about what they saw as an unethical affront to their presence in the show, they physically removed their work from the museum with two weeks still to run. In an act of ingenious protest, those same exhibitors are now mounting their own exhibition of the work they removed, and then some.

In the Design Museum’s exhibition, covering 10 years of protest graphics from 2008 to 2018, the chronological nature of the show produced an undeniable air of negativity with Trump being the end point of the show. It was almost as if the championing of the effectiveness of protest graphics throughout the rest of the show was bought to an end by Trump being elected – it felt as if all that had passed before had been pointless. For the museum’s director to then brush aside concerns by exhibitors that the gallery was aiding and abetting the arms trade, created an increased air of negativity around Hope To Nope in what otherwise was an excellent show. In a twist on the original show, the organisers, under the name the Nope To Arms Collective, have fittingly reversed the Design Museum’s title to now read From Nope To Hope.

What this new show does is to revive positivity, both in terms of putting on the exhibition itself, and in the word play on the original title. The Design Museum’s stance, (at the time of writing), on not developing an ethical fundraising policy, is now the ‘Nope’; while displaying the removed work for free has become the new ‘Hope’. This semantic about-turn breathes belief back into protest graphics, while putting on the new exhibition is an act of protest in itself.

END_OF_DOCUMENT_TOKEN_TO_BE_REPLACED

Lostwithiel, Cornwall, (affectionately known as Losty by the locals), was the nearest town on our recent summer holiday.

As I have mentioned in a previous post I have an interest in noticeboards, and Lostwithiel has not one, but two that I could find. What struck me more than this though was that 2 noticeboards did not seem to be enough for its towns-folk. For on our first proper wander around Losty, every single telegraph-pole seemed to be adorned in posters of varying quality and displaying a cornucopia of events and information. These flyposters didn’t seem to be an alternative to what was on the ‘official’ noticeboards—in fact, it looked like there was a lot of repetition.

END_OF_DOCUMENT_TOKEN_TO_BE_REPLACED

While some may praise Lush for its recent #SpyCops poster campaign, having your own shop window to deliver a political campaign message in is a luxury most do not have. Now, the non-shop owning agitpropper can turn to Brandalism, who have launched a Subvertising Manual that shows anyone how to reclaim visual spaces from advertisers by replacing 6-sheet adverts with their own artwork.

Taking aim at the backlit hoardings most frequently seen at bus stops, the manual tells you everything you need to know to hang your own work in these spaces. Subtitled What You Need And How To Do It, it discusses what tools are required to open the displays; artwork sizes for the majority of bus shelter hoardings, (advertising lingo calls these 6-sheets); what to wear and the best times of day to hang your work to avoid getting caught; and where you can find information online so your work stays up as long as possible.

END_OF_DOCUMENT_TOKEN_TO_BE_REPLACED

For many, traipsing historic academic cobbles and starring at spires, let alone dreaming of them, would define any visit to Oxford. For me, on a family weekend there recently, it was an opportunity to study its graphic commons.

Looking for its vernacular, I mostly steered clear of high-street parades, and came away finding the city’s contradictions being easy bedfellows; hi and lo culture mix comfortably, on the streets at least. Testament to this are the highbrow events flyposted on chipboard, acting as a temporary hoardings for college concerts where no sacred wall can be damaged. 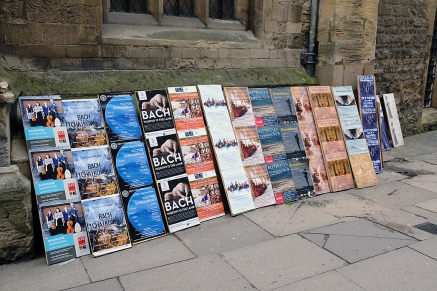 These sat just around the corner from the usual tattered pastings I more typically photograph. Technically the same in purpose and application, each arguably despoiling/enhancing the streets, depending on your point of view. The only difference being that those on chipboard could be moved out of sight quickly. While on display though, from a visual perspective, they are exactly the same. 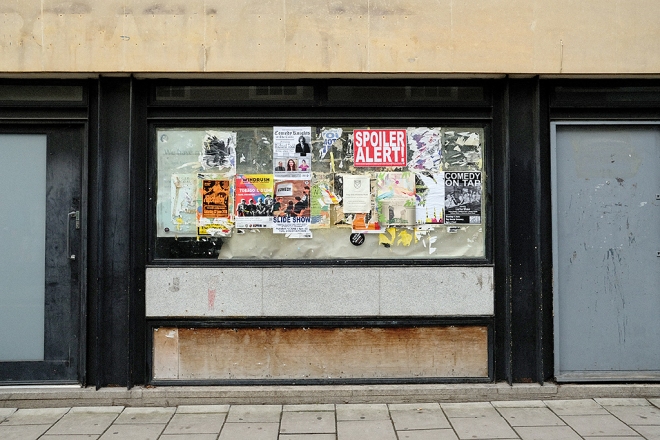 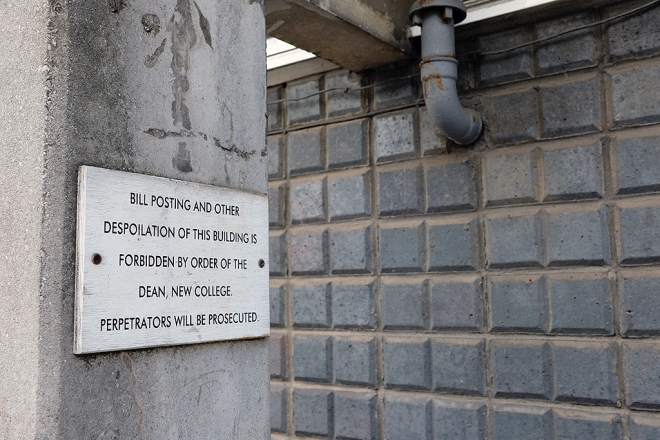 END_OF_DOCUMENT_TOKEN_TO_BE_REPLACED

I was recently asked to feed into a Creative Review report on creative collaboration. Published this week, it also features educators Tash Willcocks, Joe McCullagh, Pam Bowman and Dr Cathy Gale discussing teaching collaboration. Matthew Beardsell, Tom Harding and Stuart Radford of Music, Made by Many, and Superunion respectively, were asked about the importance of collaborative practice to their studios. The report also publishes the results of the Creative Review Design Employer Survey on what skills matter most to them.

The report can be downloaded via the Creative Review website here.

The bracketing of the Hope To Nope: Graphics and Politics 2008–2018 exhibition at London’s Design Museum is interesting for many reasons. Starting with Shepard Fairey’s Hope campaign for Obama’s 2008 election, and (almost) finishing with Trump’s Make America Great Again baseball cap, these two items showcase how effective vacuous phraseology can be in winning over people’s emotions when asking them to vote on big decisions. Both speak to the human condition of wanting ‘better’, without actually defining what that ‘better’ might be. They leave it for the reader to appropriate the slogans and adapt them to their own set of desires.

It has to be said the application of such sloganeering adds weight to the message—the words alone didn’t win their respective elections for each candidate. Fairey’s message appealed to the youth vote as much because they were street posters and were run counter (and unendorsed) to the official Democrat campaign; while baseball caps are everyday headgear worn by the everyman and everywoman of America. Each message is targetted precisely, whether strategically intentioned or not. What both tell us though is that logos do not win elections, neither for Obama in 2008 nor Clinton in 2016. As graphic communication devices, logos tend to be overly associated with corporate structures, despite both Obama’s and Clinton’s being applauded by design critics for their aesthetics, symbolism and ‘cleverness’. In thinking that these could help win around floating voters, it strikes me that the audience was ultimately forgotten, unlike with the street posters and baseball caps.

These are just a few of the thoughts I came away with after visiting Hope to Nope with a group of graphic design students the week it opened in April.